Although the deep wounds of the horrible war in the 90’s have not been healed yet and Bosnia and Herzegovina is still suffering from unsolved political issues and economic misery, Sarajevo by night is bursting from live and positive energy. Maybe simply in order to forget about the sad past and current problems like the high unemployment rate the inhabitants of Sarajevo love to party, which means party hard. You will be surprised by the always packed and lively restaurants, bars and clubs. To feel the soul and warm hospitality of this truly multicultural city you just have to explore Sarajevo by night. Wander through the city’s buzzing bar scene, where you will find cheerful people all around. Bosnia has a traditional drinking culture and a loud but friendly behaviour is deep in the gens of its people. It is absolute compulsory to taste the famous local brandies, made from plums (slivovitz), grapes (rakiya), apricots (kajsija), cherries (visnavaca) and walnuts (orahovaca). During daytime be sure to make a stop in the old Turkish quarter of Sarajevo to drink a strong black coffee and mingle with the locals. As everywhere in Eastern Europe people like to show off and also Sarajevo is very much about see-and-be-seen. Especially the city’s beautiful women tend to dress like they have a party everyday and are a treat for the eye.

You will not easily find a more cheerful atmosphere and friendly staff than in City Pub (Despićeva bb) in the Baščaršija area. This café transforms at night into a big music and watering hole and City Pub is always packed with an easy going crowd of locals assuring an evening full of unpretentious pleasure. In the same area Baščaršija on Mula Mustafe Bašeskije 5 you can find the smoky basement club Clou that bursts into live at night. An evergreen amongst local and expats and travellers alike who come for the outgoing atmosphere and the local ladies whose beauty is notorious. Nearby on Kaptol 5 you will find Zlatna Ribica, decorated in a funny mix of baroque, Jugendstil and Art Deco styles. Drinks always come with a side plate of complimentary nuts and dried figs. The musical menu is usually rock & roll and blues. Tucked away behind the Holliday Inn Sarajevo, the hotel where the entire world press was staying during the horrible Civil War in the 90’s, is SA Club (Kranjceviceva bb). This large club, very popular with both locals and expats, offers a variety of music styles like rock, house, disco, Latin and has often live music on the menu. When you like to listen to seventies and eighties music in a stylish Asian-themed ambiance you should visit Buddha Bar on Radićeva 10

Aqua Disco is one of the key points in Sarajevo nightlife. This popular disco is part of a swimming pool complex and provides the ultimate opportunity to combine swimming and dancing on one evening. Aqua Club is considered to be Sarajevo’s pick up place number one and it parties are frequented by many great looking local girls. The atmosphere is typically Balkan: outgoing, bouncing and hot and the especially the swimming pool parties have the reputation of ending up in a very wild climax. Aqua Disco is located on Mali Kiseljak street 8 in Ilidža, a green outskirt of Sarajevo.

Sarajevo has many venues where it is mostly about seeing and being seen. This goes especially for places like Baghdad. This Moorish-styled bar on Bazardzani street 4 is a magnet to young models, designers and the rest of the beautiful and the rich in Sarajevo. Good looking ladies and cool guys can be noticed as well in Barhana (Djulagina Cikma 8) according to Jasmina Mameledzija, Sarajevo’s famous and glamorous DJ the best bar in town. Barhana certainly is an evergreen in Sarajevo nightlife with beautiful people, great music and extremely friendly service. The best chances to spot beautiful women and celebrities is Pravda on Radićeva 4c, where you can see local politicians and international diplomats sitting next to Bosnian models and actresses. Young girls still dreaming of becoming a super model of famous actress can be found in Central Café on Strosmajerova 1. Central Café is also very popular by local males and foreigners hunting for pretty young things. Good opportunities for mingling and flirting with young local ladies are provided by Delikatesna Radnja, a popular bar with wireless internet and great sandwiches located on Obala Kulina Bana 10. A mixed audience of a more mature crowd as well as teenagers can be found in Opera, a sleek bar on Branilaca Sarajeva 25 which is serving delicious cocktails. Best cocktail bar is Hacienda (Bazardzani street 3). In this Mexican-themed you can sip Margaritas and listen to Salsa, Cuban music and other Latin tunes.

Favourite hangout of the alternative scene in Sarajevo is Kino Bosna on Alipašina 19. The bar is located in the lobby of an old cinema, still screening a movie so now and then or hosting a trashy metal concert. Often this place is so ram-packed that the party continues outside on the terrace, entrance and street. Marquee is probably the most notorious party-venue in town and usually never closes until the last client has left the building. Nowhere you will find a more mixed and crazy scene consisting of head banging rockers, stunning ladies, jumpy students and drunk EU employees as in Marquee.

If you want your portion of melancholy and socialist retro you should head to places like Maršal Tito or Nostalgija. Maršal Tito behind the National Museum on Bihacka street 19 is dedicated to the former leader of Yugoslavia and has a lot of attributes like a large collection of machine-guns displayed on the walls. Nostalgija on Mukevita 10 – no wonder with such a name – creates a melancholic atmosphere and keep the memories of the good old days alive. Many cafés in Sarajevo have a talent for original design. On Kaptol 5 you will find Ribica, which means ‘little fish’ in Bosnian language, a café which is something in between a French brasserie and Italian coffee-bar. If you want to get a glimpse of Džejla Glavović, Bosnia’s supermodel and face of Ralph Lauren, and the other rich and beautiful like of Sarajevo you should definitely visit Ribika. 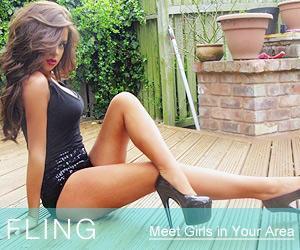